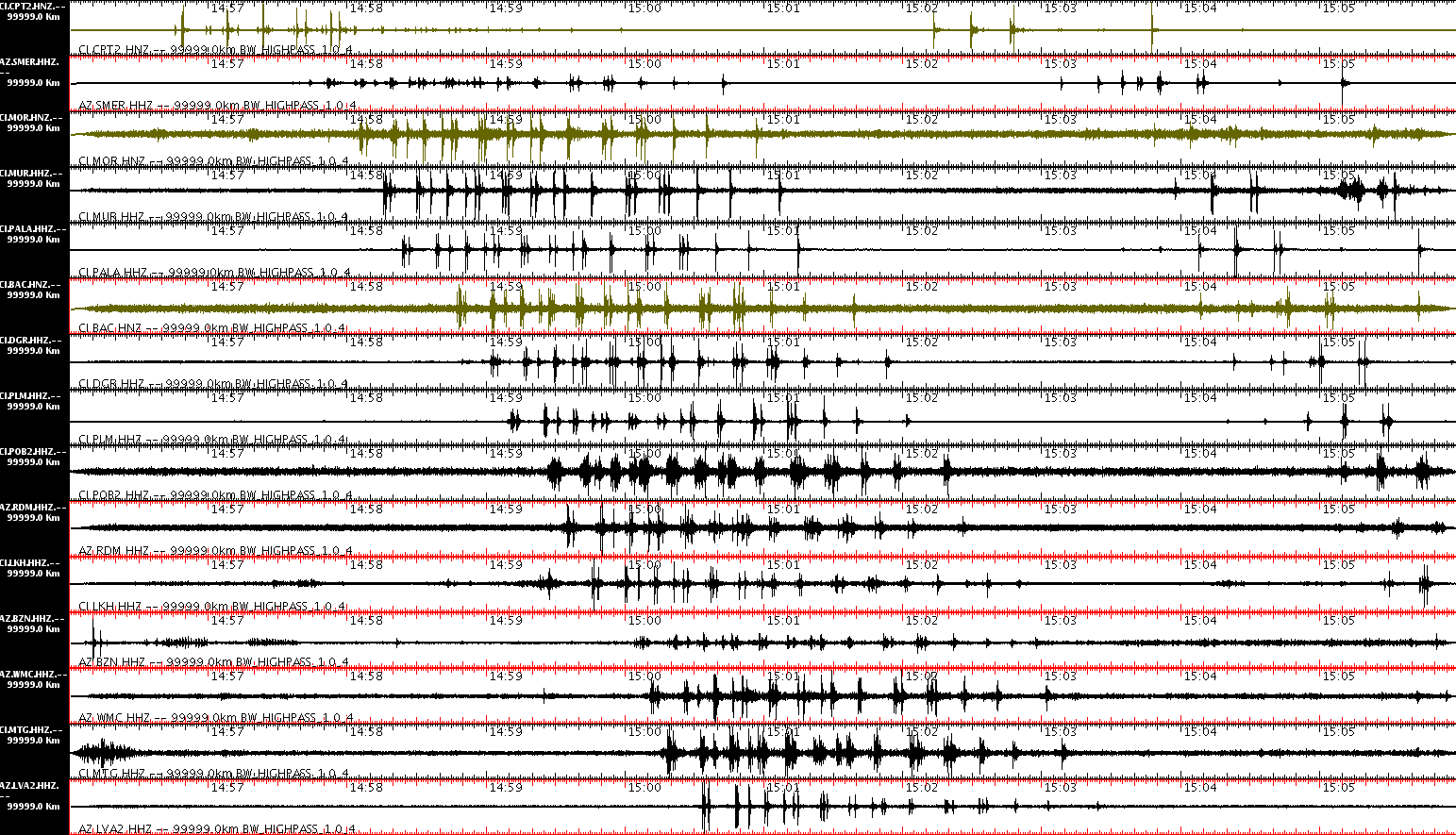 The energy shown here is from multiple artillery shots fired during training at Camp Pendleton in Southern California. What makes these waveforms interesting is that there are so many distinct impulsive signals clustered in time with a very slow move-out, which can be seen in the expanded view. Move-out is a term used to describe the amount of time it takes for the waves to go from one station to the next and can be converted into the actual speed of the waves, in this case the sonic waves produced by the shots fired traveled at 235m/s. Normally the speed of a sonic boom is the speed of sound, which is 343m/s in dry air at 20°c, but due to real-world atmospheric conditions the value is lower.

@CaltechQuake tweets automatic earthquake notifications in real-time that have not been reviewed by a seismologist. Messages are only sent for events larger than M2.75.
Results are subject to change or deletion.